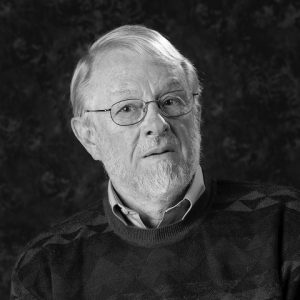 David A. Kindig is Emeritus Professor of Population Health Sciences and Emeritus Vice-Chancellor for Health Sciences at the University of Wisconsin-Madison, School of Medicine. He was founding Co-Chair of the Institute of Medicine Roundtable on Population Health Improvement and Co-Directed the Wisconsin site of the Robert Wood Johnson Health & Society Scholars Program. He was an initial Co-PI on the Robert Wood Johnson MATCH grant under which the County Health Rankings were developed and was the Founder of the RWJF Roadmaps to Health Prize. From 2011 to 2013 he was Editor of the Improving Population Health blog.

He received a B.A. from Carleton College in 1962 and M.D. and Ph.D. degrees from the University of Chicago School of Medicine in 1968. He completed residency training in Social Pediatrics at Montefiore Hospital in 1971.

Dr. Kindig served as Professor of Preventive Medicine/Population Health Sciences at the University of Wisconsin from 1980-2003. He was Vice Chancellor for Health Sciences at the University of Wisconsin-Madison from 1980-1985, Director of Montefiore Hospital and Medical Center (1976-80), Deputy Director of the Bureau of Health Manpower, U.S. Department of Health, Education and Welfare (1974-76), and the First Medical Director of the National Health Services Corps (1971-73). He was National President of the Student American Medical Association in 1967-68.

He served as Chair of the federal Council of Graduate Medical Education (1995-1997), President of the Association for Health Services Research (1997-1998), a ProPAC Commissioner from 1991-94 and as Senior Advisor to Donna Shalala, Secretary of Health and Human Services from 1993-95. In 1996 he was elected to the Institute of Medicine, National Academy of Sciences. He received the Distinguished Service Award, University of Chicago School of Medicine 2003. He chaired the Institute of Medicine Committee on Health Literacy in 2002-2004, chaired Wisconsin Governor Doyle’s Healthy Wisconsin Taskforce in 2006, and received the 2007 Wisconsin Public Health Association’s Distinguished Service to Public Health Award.

He lives with his wife Margi, has three children and eight grandchildren, enjoys wood splitting, carving and fly-fishing, spending time in his Wisconsin Driftless woods and prairie, and reading political biography and western literature. For more see pophealth.org.