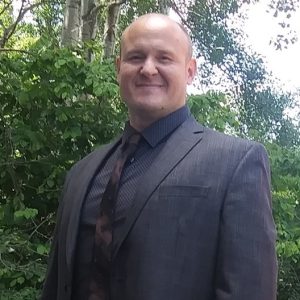 Jeremy McClain is an enrolled member of the Bad River Band of Lake Superior Chippewa where he has lived for the last 12 of 15 years.  He received his Bachelor of Science degree from the University of Stevens Point (UWSP) in Psychology with an emphasis in human services along with receiving minors in Native American studies, Natural sciences, and Native American Social work.  Jeremy also possesses a Master of Science degree in Sustainable Peacebuilding (MSP) from UW-Milwaukee, where he learned how to apply system thinking, and utilizes Facilitation, Evaluation and Dialogue as tools to create inclusive, peace loving, sustainable communities where all feel a great sense of belonging. Jeremy has a strong background in community coalition building from his time working the Great Lake Inter Tribal Council as Program Director of both the Wisconsin Native American Tobacco Network (2006) and the Positive Alternatives Coalition (2009-2012).  He also served as a Community Educator for his reservation community through the University of Wisconsin Extension (UWEX) from 2012-2014, where he developed Anishinaabe traditional harvesting & community gardening programs for young people.  Jeremy is a devoted Father who is committed to being a catalyst of change for peace and equity among minority and socially disadvantage communities and individuals.  He hopes to use his MSP degree to help build bridges and break down silos within Black, Indigenous and Other People of Color (BIPOC) communities and among federal and state government entities to help build a brighter future for generations to come.