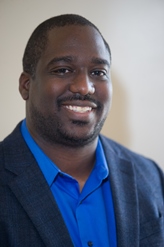 Lawrence Brown, Ph.D., is an Associate Professor and the former director of County Health Rankings & Roadmaps, a collaboration of the Robert Wood Johnson Foundation and the University of Wisconsin Population Health Institute.

The grandson of Mississippi Delta sharecroppers and preachers, he honed his passion for advancing racial and health equity at an early age. An expert on the impact of historical trauma on community health, Brown was the co-founder of the lead poisoning awareness initiative #BmoreLEADfree and formerly served as an associate professor and population health researcher at the School of Community Health and Policy at Morgan State University. In 2018, he was honored by the Open Society Institute-Baltimore with the Bold Thinker award for his advocacy and contribution to the discourse regarding racial segregation in the city.